All market eyes are on the May U.S. nonfarm payrolls report, which is expected to show continued strong hiring. OPEC+ delivered on expectations of a production increase at their meeting yesterday, planning to raise production by 50% in July and August. The price of West Texas and Brent Crude oil dropped in early trading, down 0.6% and 0.5% respectively. That oil only dropped that much suggests either this was indeed already expected, or that a number of other factors - Shanghai's lockdown ending, a U.S. inventories draw, and the European embargo on Russian oil - could continue to support oil prices in the months ahead. German exports rose more than forecast in April, as Europe's biggest economy relied on trade with the United States and the euro area to recover from the initial impact of the war in Ukraine, government data showed on Friday.

AUD/USD is trading above 0.7240 ahead of the release of the latest employment report in the US. The market's reaction may be mixed, but the preservation of yesterday's positive sentiment might lead to a further price increase. On the other hand, a change might lead to a decline. The pair is likely to be under pressure today. In that case, if it drops below 0.7240 will trigger a further fall to 0.7175. 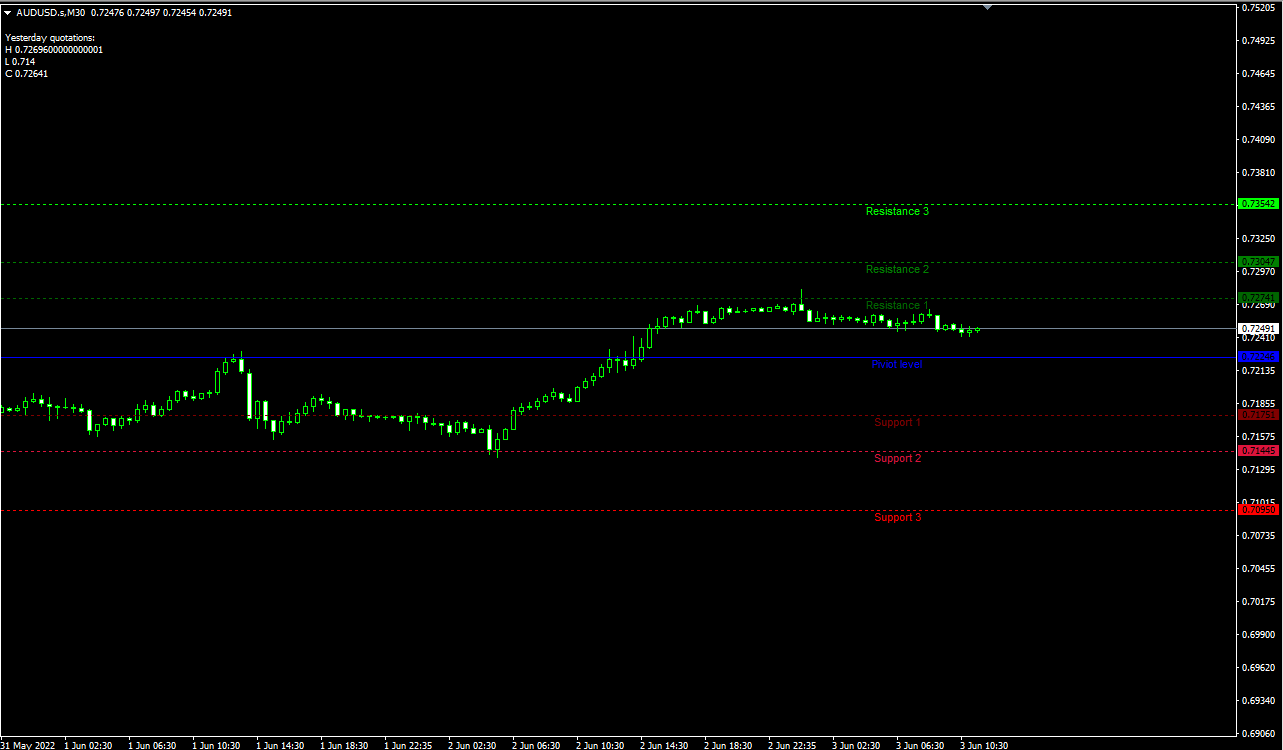 Gold Price is keeping its range below a stack of healthy resistance levels around $1,870. A sense of caution prevails, in the face of the recent series of disappointing US economic data. The next stop for bulls is seen at $1,878 while on the flip side, if the corrective mode extends, then sellers could gear up for a sustained break below strong support at $1,862. 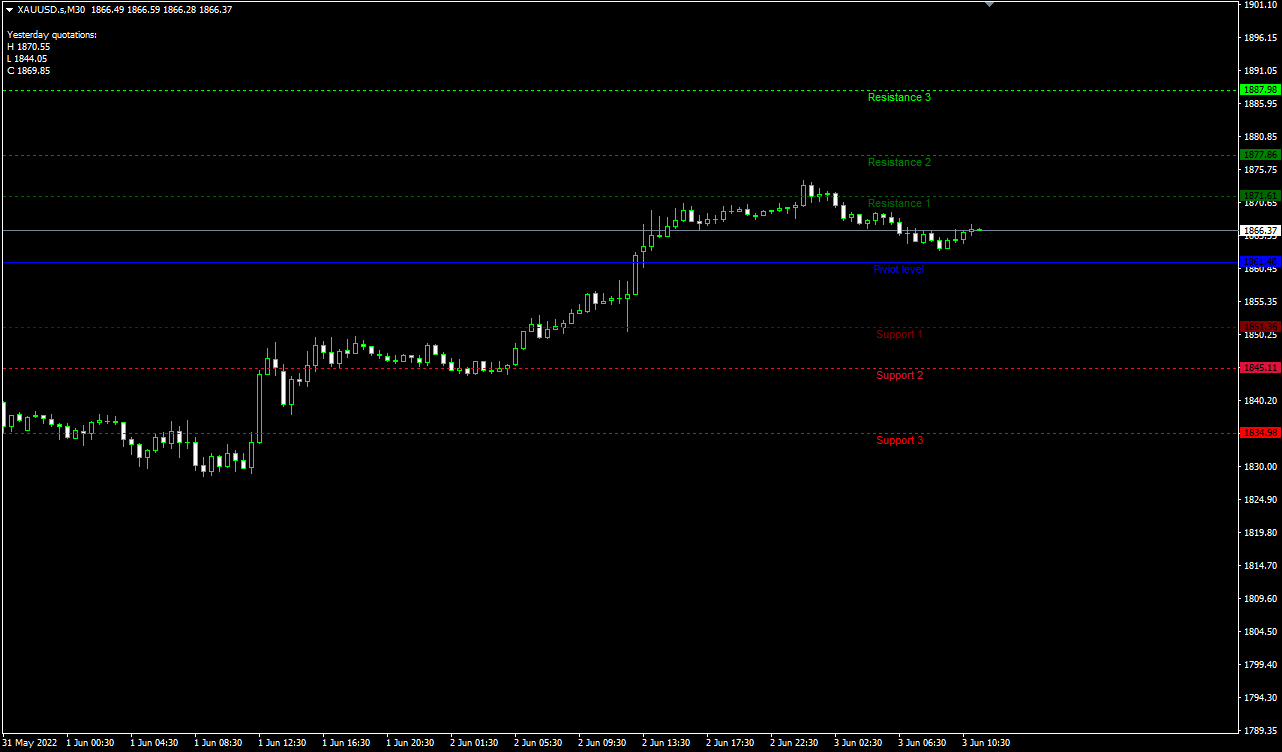 USDCAD lost the batt on Thursday and tumbled to a three-week low of 1.2556 after two days of waiting to cross above the line and the 1.2653 resistance. The price is currently trading near a familiar constraining zone, which has been frequently limiting upside and downside moves around 1.2565 for more than a year now. 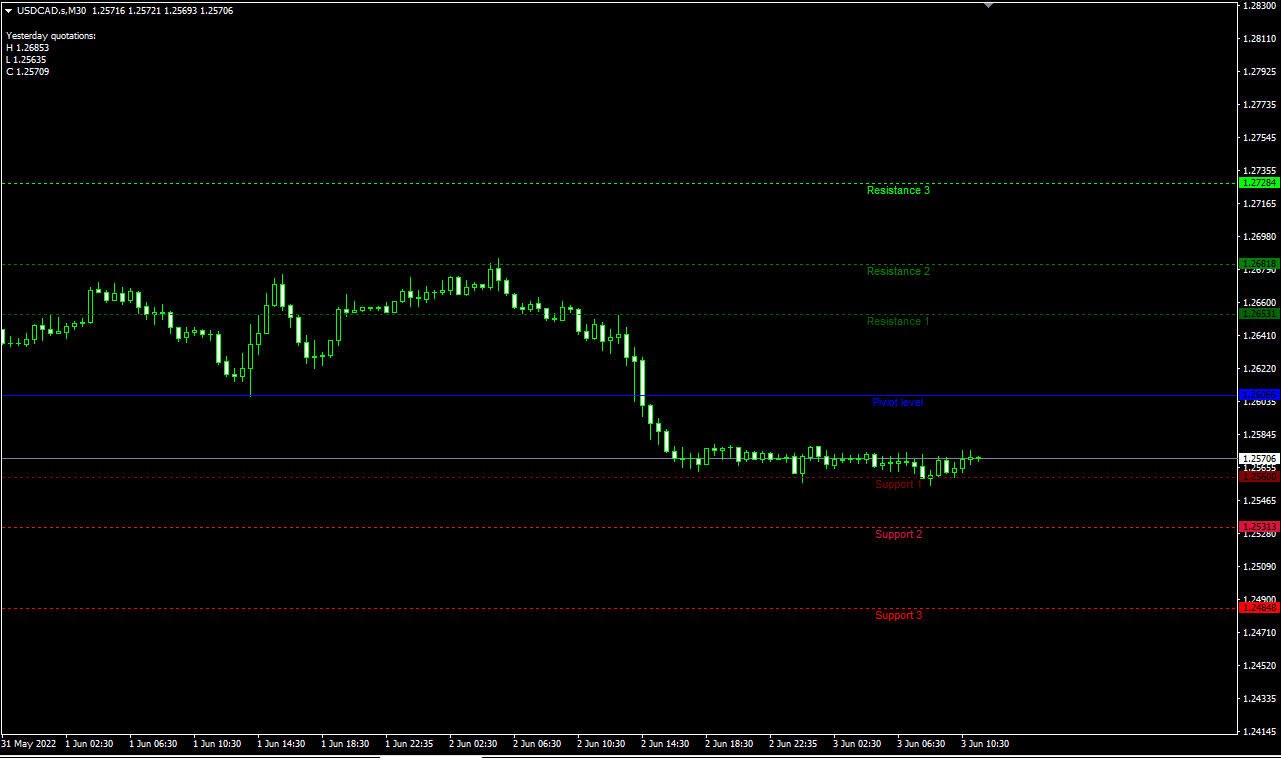