The greenback is staging a rebound against its rivals early Tuesday as US Treasury bond yields push higher following the three-day weekend in the US. Eurostat will release the preliminary Harmonised Indices of Consumer Prices (HICP) data, the European Central Bank's inflation gauge, for May during the European session. Meanwhile, the European Union has agreed to ban 90% of Russian oil imports by the end of 2022. Crude oil prices shot higher on this development. The embargo is part of the European Union’s sixth sanctions package on Russia since it invaded Ukraine. US President Joe Biden will meet Fed chair Jerome Powell later today and any commentary coming out of this meeting will need to be monitored.

EUR/USD reversed part of the recent upside and retested the area around the 1.0700 level on Tuesday. Despite the ongoing correction, there is still room for the pair to challenge the 3-month resistance line in the 1.0800 area, above which the selling pressure is expected to alleviate. 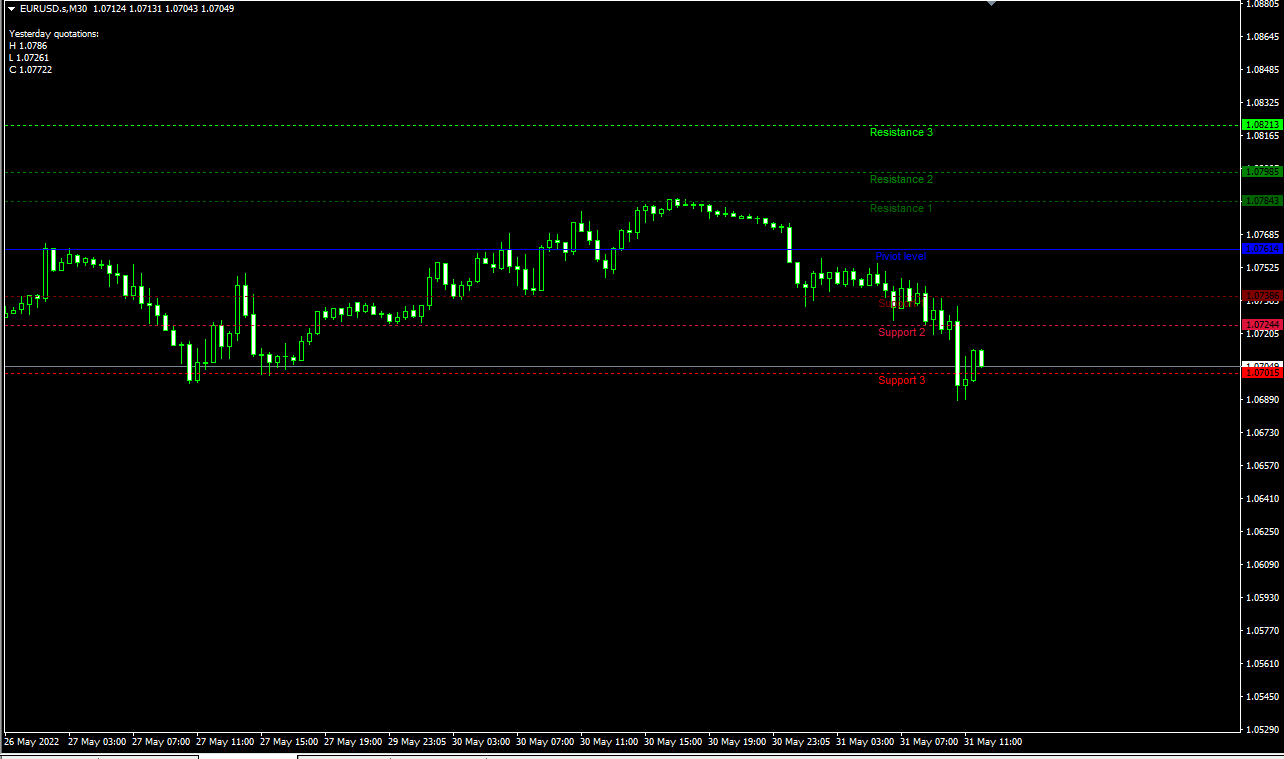 Gold Price is adding to the previous losses while keeping its range around the $1,850 psychological level. The precious metal feels the heat from a broad US dollar rebound amid a sharp upturn in the Treasury yields. Markets remain in a risk-off mode, underpinning the dollar’s haven demand. Gold is gyrating around the $1,851 critical barrier, which is now acting as strong support. If that breaks, then the next safety net appears at $1,848. On the upside, the next bullish target is aligned at $1,859. 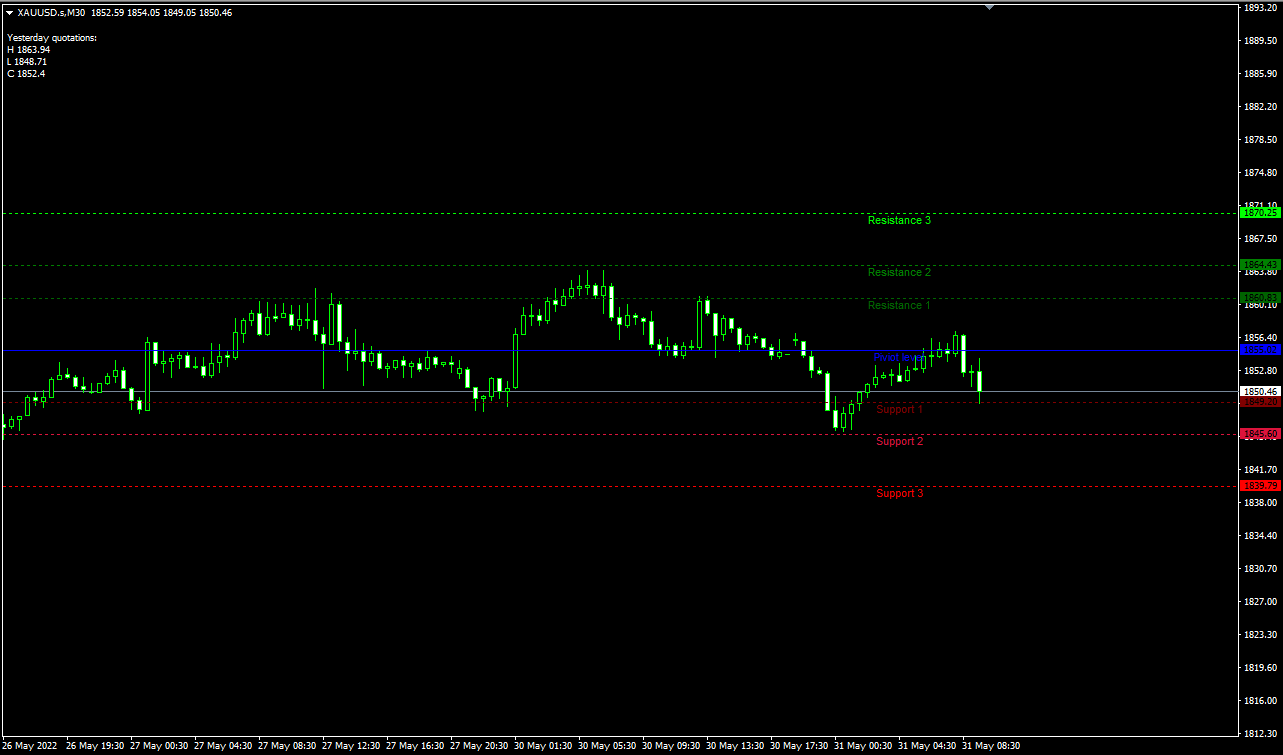 After the bulls prevailed during yesterday’s trading session, the dollar recovered some of its recent losses against the yen and the pair reached the resistance level at 128.11. If the bullish attack continues, then the next resistance level to be reached is located at 128.50. If the bears re-enter the market, then the support mark is at 127.11, followed by a successful test of the lower level at 126.87. 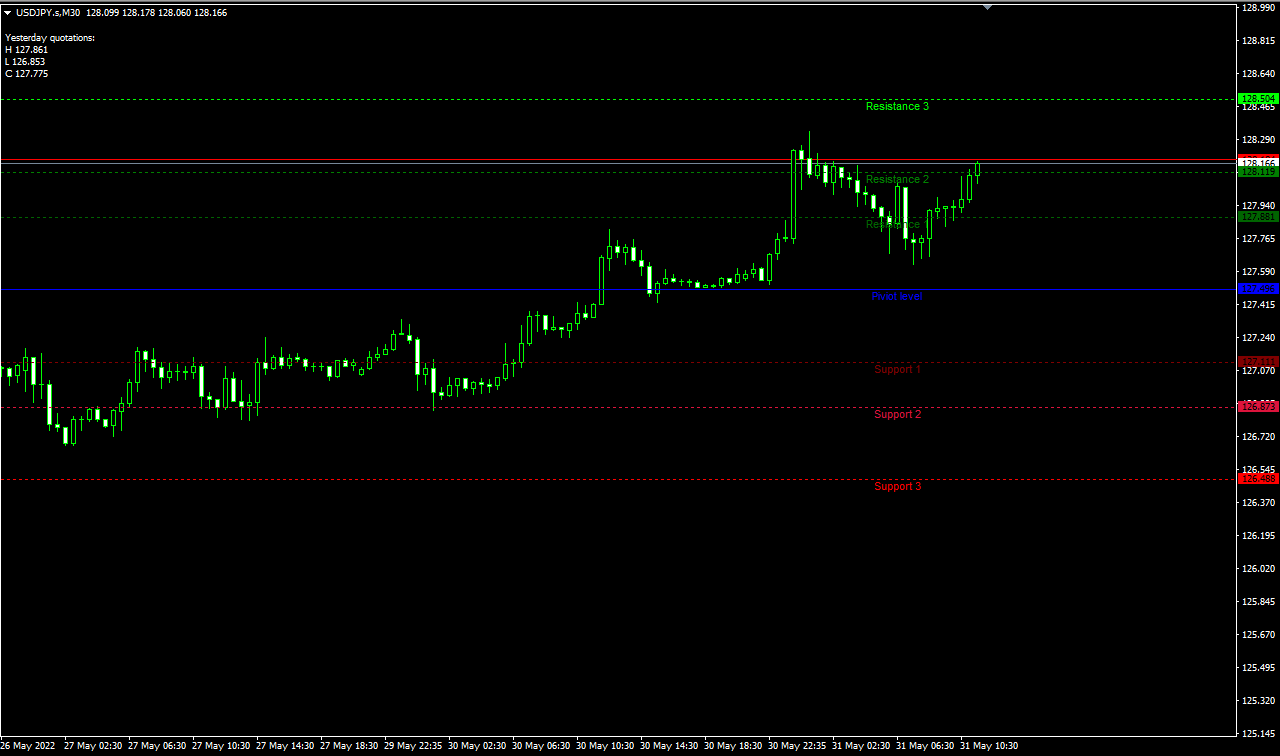